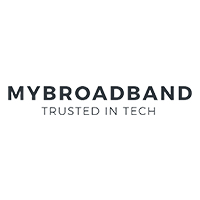 Posted at 07:49h in Uncategorized by Rabson 0 Comments
0 Likes
Share

Helios Towers Plc wants to build 1,000 telecommunication towers in South Africa in the next three years as it tries to capitalize on rapid growth in mobile services and shape up for an initial public offering.

The company operates cellphone towers in countries including Ghana, Tanzania and the Democratic Republic of Congo. It entered South Africa last month by striking a local partnership and buying an independent tower operator, giving it a foothold in a country expected to lead sub-Saharan Africa in rolling out faster, fifth-generation networks.

Chief Executive Officer Kash Pandya said Helios will look to acquire more towers from carriers such as MTN Group Ltd. and Vodacom Group Ltd. The country has around 30,000 towers in all, with only about 10 percent of those run by independent companies.

“While the focus is on building in the country, after the acquisition of SA Towers recently provided us with 500 potential tower sites, we are looking at acquisition opportunities,” Pandya told Bloomberg by phone.

UK-based Helios canceled a planned share sale last year and plans to use a $100 million loan facility to build the towers. While a call date on a separate $600 million bond is coming up soon, Pandya said there were no definite plans to tap the bond market again.

He said the company was “prepared” for a second IPO attempt but had no definite view on the timing for now.

Helios reported a 13 percent increase in fourth-quarter adjusted earnings before interest, tax, depreciation and amortization to $46.5 million. It had $89 million in cash at the end of last year, down from $120 million a year earlier.

Sorry, the comment form is closed at this time.

We work closely with you and carry out research to understand your needs and wishes.
VIEW MORE